If you have suffered from depression for years, yet have not yet found a prescription medication that controls it well, or have just begun feeling depressed and would like to try to improve your mood naturally, then you should know that there are many natural and affordable depression treatments. While these treatments can be used alone to help improve your depression symptoms, some can be combined with prescription medications to help boost your mood more than one treatment can alone.

While you should always ask your doctor before taking any new supplement when you currently take a prescription medication, read on to learn about two natural and affordable depression treatments.

Medical research has shown that many people who suffer from a vitamin D deficiency also often experience symptoms of depression. While anyone can have a vitamin D deficiency and not know it, your risk is higher than other people if you limit your sun exposure; do not eat many foods that contain this essential vitamin, such as fatty fish and animal fat; are obese; and/or have a dark skin tone.

If you suspect you may have a vitamin D deficiency, then you may find that adding more foods rich in this vitamin to your diet naturally helps improve your mood over time.

However, you can also request that your doctor order a blood test that measures the amount of vitamin D in your bloodstream to determine whether you have a true vitamin D deficiency or not. If the test determines that you do, your doctor will likely suggest that you begin taking a vitamin D supplement daily to potentially ease your depression and any other health problems this deficiency may be causing.

N-acetylcysteine (NAC) is an amino acid present in many foods, such as turkey, cheese, and eggs, and also available in supplement form. This amino acid helps your body create glutathione, which is an antioxidant that prevents cell damage caused by cancer-causing free radicals and fights inflammation in the body. This amino acid may also help the brain create important neurotransmitters, or chemicals, called dopamine and glutamate.

Include more NAC in your diet by eating more foods that contain cysteine, which is the natural form of NAC, or taking a NAC supplement daily.

If you have been feeling depressed for several weeks or longer or find that your current antidepressant medication is not controlling your symptoms well, then try a natural treatment for depression, such as vitamin D or N-acetylcysteine, to help boost your mood. Contact a health service to learn more about depression. 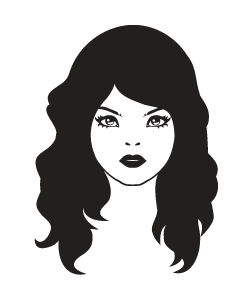 Although you might feel relatively healthy, there are things that everyone could do to improve their health. Whether you need to get outside to do a little walking or focus on taking a multi-vitamin, making the right moves today could dramatically improve your tomorrow. I started thinking more and more about doing things to make my health better, and it made a dramatic difference in the way that I looked and felt. I wanted to start a blog completely dedicated to streamlining your health, so I made this site. Check it out to start looking and feeling better than ever before.